Libra is not just a Facebook project. Introducing Libra Payments. 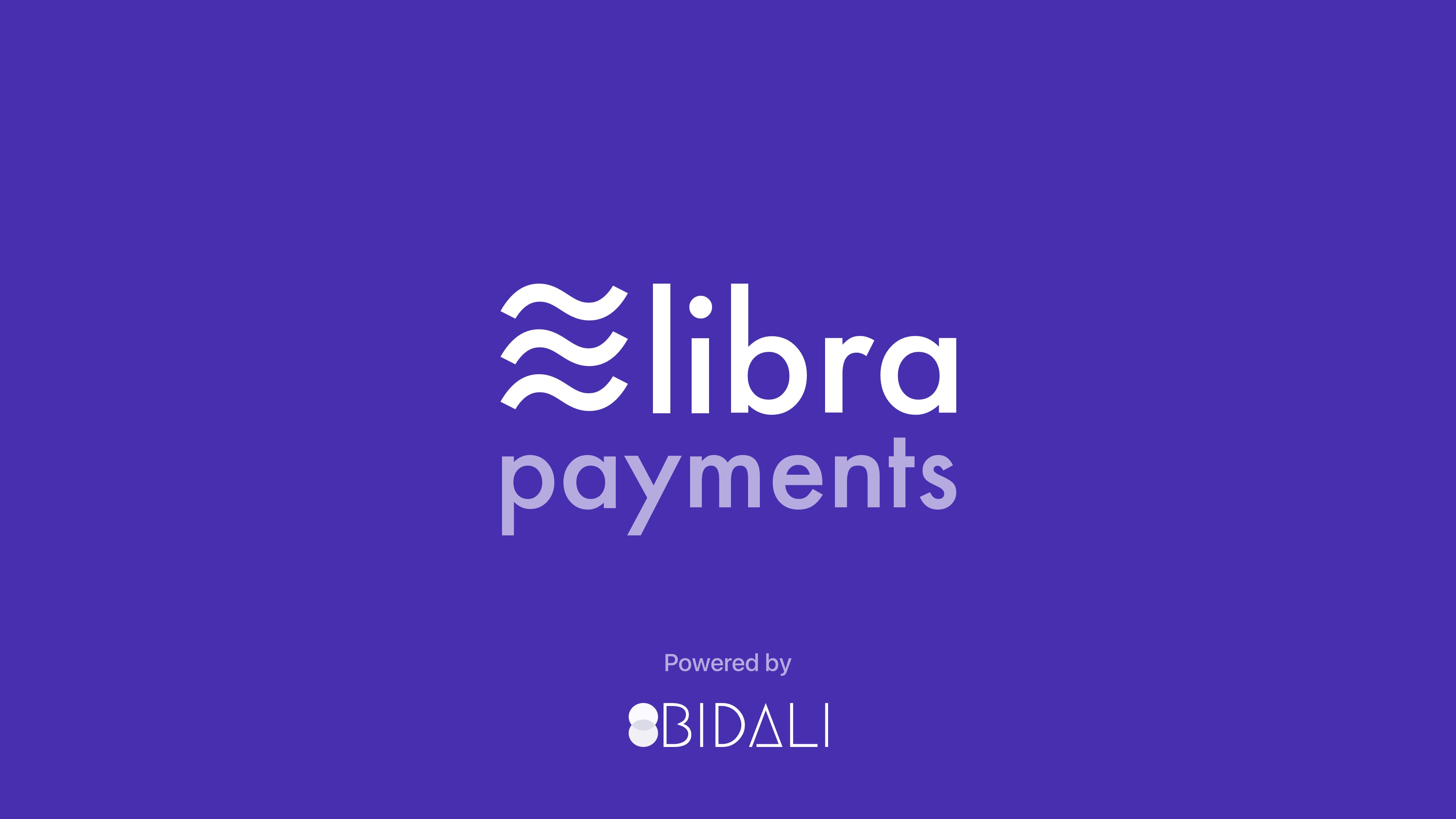 At Bidali we're on a mission "to create a safer, more inclusive global financial system". Naturally, the recent announcement of Facebook's Libra currency, in many ways, very much aligns with this mission.

Libra is for everyone. Moving money around the world should be as easy and cheap as sending a text message. No matter where you live, what you do, or how much you earn.

Now this is something we can get behind! 💯

However, because of Facebook's checkered past with privacy, this announcement has really stirred the pot with everyone from cryptocurrency enthusiasts to central banking authorities. Even President Donald Trump is getting in on the action. 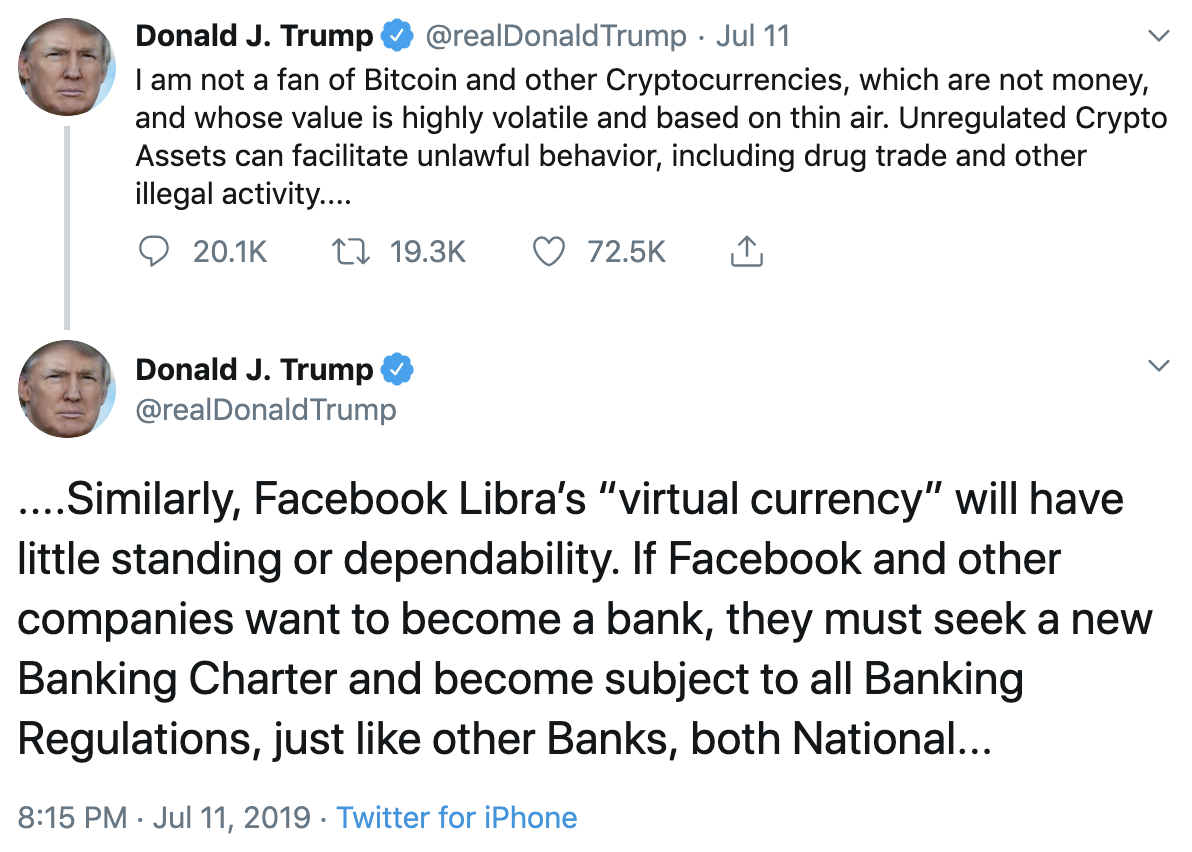 In this piece, I'm going to cover how we created the first payment for a real item using Libra, share some of what we've learned after diving into Libra, and give an overview of some of the challenges ahead.

So what is Libra anyway?

In case you've been living under a rock the last few weeks, let's catch up.

"[Libra is] ...a simple global currency and financial infrastructure that empowers billions of people."

To go a bit deeper, Libra is a digital currency built on a distributed ledger that is going to be collateralized by multiple secure assets, including major global currencies and low risk treasuries in order to provide price stability and make transferring value around the world more efficient.

Put simply, it's a global stablecoin. I've talked about these before.

I'm not going to dive into the technical details or the moral issues (I'll save that for later blog posts), but the intention is for Facebook to incorporate this into their products (Facebook, WhatsApp, Instagram) to allow people to more efficiently move money. The initial use case will be cross border remittance, likely to areas where Facebook is the internet, where WhatsApp is the main communication channel, and in countries where their financial ecosystem isn't as mature as other markets. I expect we'll see this in Africa, Southeast Asia, India and parts of Latin America first.

As a result of the global nature of Facebook's products, the fact that they have 2+ billion active users, the global backing of the reserve, and the backers of the Libra foundation, this will not only allow it to be a more efficient lower-cost payment rail, but could also lead to it becoming a better global currency than any nation's individual fiat currency.

That kind of power sounds scary

Many people have concerns around how this will affect other currencies, nations, and also user privacy. This is completely justified. Any ambitious project like this should be heavily scrutinized to ensure it is in the human race's best interest.

After hearing David Marcus' congressional testimony, digesting the opinions of many pundits, and speaking directly with members of Calibra and Libra we're cautiously optimistic that they are in it for the right reasons. Currently we believe the team truly is trying to build this to provide better financial inclusivity and not just to allow Facebook, the government, and the corporate backers to dominate our finances.

However, there is a fine line here and it's very important to tread carefully. It's still very early in the project. The politicians at last week's US congressional hearing lambasted David Marcus over Facebook's privacy and anti-competition concerns. All warranted. As a result, there is a very real possibility that governments around the world will block Libra from seeing the light of day in its current form.

That being said, we think the group of backers behind Libra and the requirements to become one are well thought out in order to encourage more diversity and discourage any collusion and malicious behaviour. Personally, we would like to see a more diverse representation from Europe, Asia, Africa, LATAM and Oceana. But we think the Libra team are on the right track here.

And the people behind Libra are just that... people. They have the same concerns the public does. I take some solace in that.

Is it open source?

While Facebook is the one incubating Libra, it is open source. This is how we (and many others) have already been able to contribute to the ecosystem. However, in our opinion it's not yet open enough. Facebook is currently the core owner of the code base, which means only they can accept code changes. If Libra, Calibra, and Facebook want to maintain the narrative that Libra is truly "open source" they need to relinquish some control of the code base. There should be a proper steering committee set up among at least a few other groups not affiliated with Facebook. We'll volunteer to help 🙋‍♂️🙋‍♀️.

We think the emphasis on Facebook, while important, has been slightly overblown (only slightly). While Facebook is currently the core owner of the code base, anyone can fork it and run with it. Even if congress blocks Facebook, the genie is out of the bottle and anyone can take the market leading ideas they've put together and push it forward.

It's our position that a global payment system built on distributed ledgers is inevitable. Stellar, Ripple and others already have a massive head start but Libra looks to be solving some problems they haven't. In addition, with Facebook's active user base this could lead to very rapid mainstream adoption of cryptocurrency, which is something other crypto projects have been struggling with.

Now that we've gotten some of the back story out of the way, let's roll on...

We are excited to share some of what we've learned putting together the first payment for a REAL item using the Libra distributed ledger! 🎉

Since the official release, our team has taken the time to digest the initial announcement, the white paper, and dive into the code to get a better understanding of where the project is at.

As a proof of concept, and to get a feel for how ready the system is for prime time, within 3 days of the announcement we dove in, whipped up a mobile wallet, and integrated Facebook's new Libra currency into our payments platform and our gift card service. This is a testament to the code and documentation quality.

How did you do this? I thought this was a testnet

You are correct, this was on testnet. However, other than a few small details this is 100% functional. 🤯

In our gift card service we take crypto in, verify it on chain, convert it to fiat, and deliver a gift card of the equivalent value in parallel. In this case we took in test Libra, and Bidali foot the bill to cover the Starbucks purchase by treating the Libra as if it was main net currency. This is essentially the same process we apply to all of our 100+ supported currencies.

The only pieces that aren’t "real" are that we used testnet Libra, and because Libra isn’t listed on an exchange we couldn’t swap it for fiat to pay for the gift card. However, I would argue these 2 things are not entirely significant. They are mainly implementation details and now that we've demonstrated that we've purchased a real Starbucks gift card, this appeals to the whole belief system of money. If you can use a currency to pay for things it starts to have value, and in this case I think we’ve demonstrated that Libra is not very far off in that respect already.

That being said, there are some caveats here and it would be dishonest for me not to point them out.

The current state of Libra

Facebook has been working on the Libra project for about a year. As a result, things are actually pretty far along in some ways. In other ways there is still a long way to go and in our opinion the 2020 target is very ambitious given all of the other non-technical issues they need to overcome (regulatory, governance, collateralization, testing, rollout & adoption).

However, here are a few key highlights:

From a technical context, Libra is fairly functional. We think with our proof of concept, we've demonstrated that. However, in our opinion, Libra is still quite a ways off from being ready for prime time. Especially to roll out to 2 billion people around the world and all the repercussions that come with that.

Facebook has clearly pulled together some of the best aspects of many crypto projects, so even if Libra itself is blocked by congress, much like when Bitcoin started, the cat is out of the bag. Being open source, the good ideas they have combined are now out in the wild and nearly anyone could fork the code base and make an attempt at bringing their concepts to fruition if this version fails.

If it's successful it will undoubtedly usher in the next generation of crypto-commerce, which will entirely change the way the world operates.

As one of the world's first regulated crypto-payment processors, and being based in Canada, we plan to work closer with the only Canadian backer of Libra to date, Creative Destruction Lab, as well as the Libra and Calibra teams to push the project forward in a responsible manner in order to bring crypto-commerce to the world. 🌍

We're excited to help Libra progress and see how it can benefit all the people that have been screwed over by poor monetary policy and who are lacking financial inclusion. At Bidali, we believe financial access and control over your wealth is a fundamental human right, and we think that Libra is poised to truly make that a reality if done right.

Unlock The Value of Your Crypto!

If you are looking for ways to spend your cryptocurrency you can use our e-commerce store to quickly convert it to gift cards and phone top ups at over 1,000 top brands around the world!

We have over a dozen integration partners already working on integrating the new Commerce SDK to enable their users to spend directly from their platform. If you would like to encourage authentic adoption of cryptocurrency and earn money for purchases made by your users, partner with us.