Bidali - A new way to pay

Today our team is excited to unveil Bidali - a new way to send, receive, and store your digital currencies.

Leveraging blockchain and other distributed ledger technologies (DLT) we are reducing the cost to transact on a global scale. Building easy to use APIs, SDKs and commerce tools we are allowing others to easily incorporate this new technology into their mobile apps, website or e-commerce stores. We've been working on Bidali in stealth for a little while now and it's now being spun out of our venture studio Bullish Ventures. 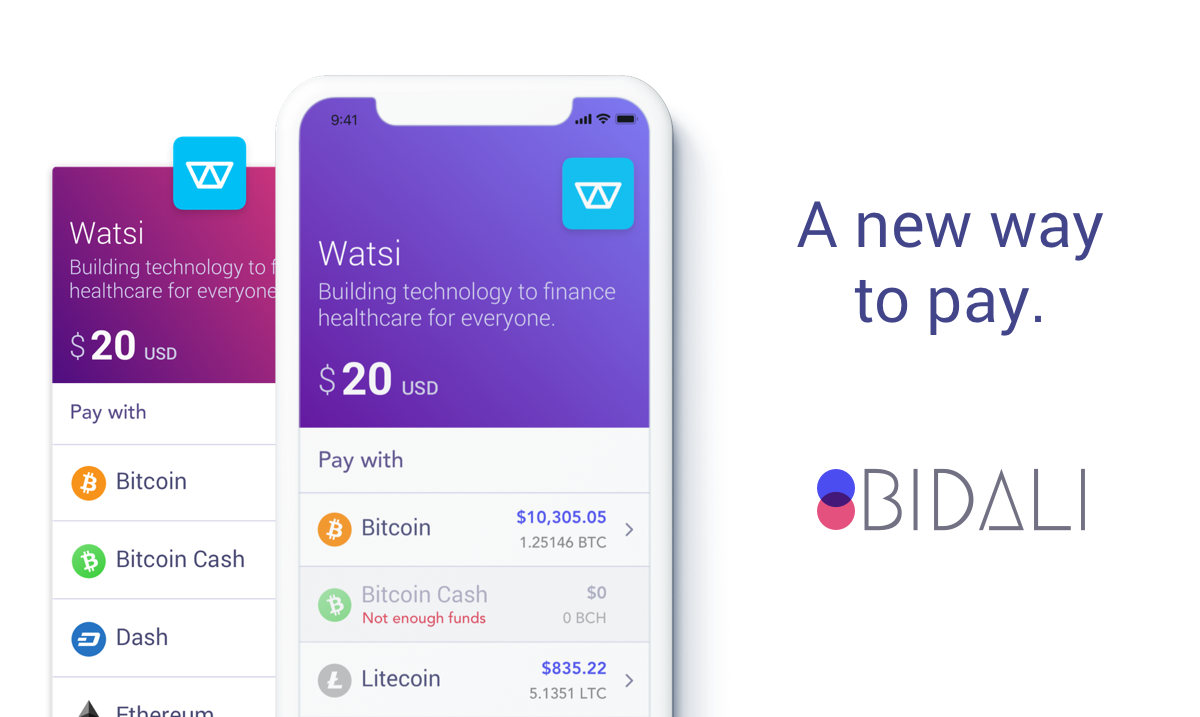 How we got here

We embarked on our journey down the blockchain rabbit hole early in 2017. Like many, I had heard about Bitcoin and Ethereum many times before but didn't really start to pay much attention to it until late 2016, but it wasn't until the following year that we started to actually get hands on.

Currently the cryptocurrency market is highly speculative. No one knows which cryptocurrency (or cryptocurrencies) will prevail in the long term. However, the current sentiment is that the underlying distributed ledger technologies that power many of the top cryptocurrencies are here to stay. They’ve ushered in a new way to organize networks in a programmatic tamper-proof way. This is the first time in history we’ve been able to have a true meritocracy, which is very important. Beyond the technical aspects of distributed ledger technologies, this is a truly remarkable technology that will have far-reaching social impact and will likely change the way our world operates.

Last year our team started to seriously pay attention and began immersing ourselves in the world surrounding blockchain and distributed ledger technology (DLT). Inside our venture studio we tinkered with trading bots, distributed applications (dApps) and mobile wallets. We began to familiarize ourselves with the ecosystem. As a result we found it incredibly painful to build on top of the existing protocol layers. It's still not easy to interact with the blockchain. We ran into many challenges. Specifically:

Our team is used to shipping and iterating quickly, so this felt particularly painful. Trying to build without having robust APIs and infrastructure was like trying to change the wheels on a moving car. This became particularly apparent when we tried to build our own multi-currency mobile wallet.

As a result we started building Bidali - a platform to make it easier to transact on the blockchain. Think of it sort of like "Stripe for cryptocurrencies". We've built:

As of today we're opening up controlled access to these products. Eventually they will open to everyone. Sign up to be one of the first to get access to our multi-currency wallet or start to accept cryptocurrency payments. 🎉

We believe that distributed ledger technology has the ability to create a new economic system where individuals have more power and security, better access to capital, and cheaper, faster ways of transacting. This is the future we are trying to help bring to fruition at Bidali.

We're excited to see where this goes and hope to have you join us on this journey. 😄